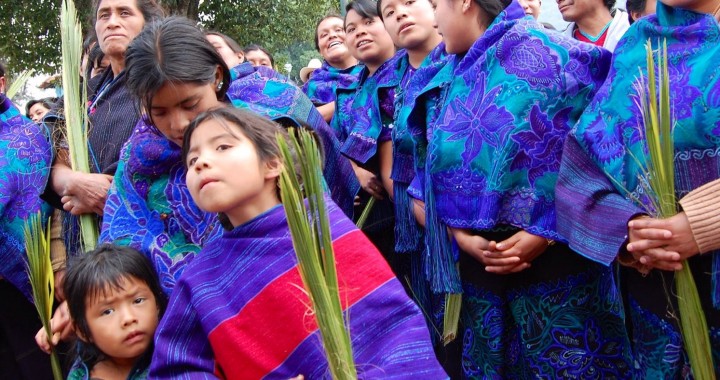 Only 15 minutes from Chamula, this Indian town nestles in a valley below imposing mountains. Zinacantan is much less touristy and noticeably quieter than Chamula.

The houses are much more traditional than in Chamula and several are open to visitors, where you can observe the local Indian women weaving, making tortillas and where you can try the traditional drink called  “Posh”, an artisanal sugar cane based  liquor; just don’t try too much!

The economy of Zinacantan is largely based on floriculture, a more recent commercial activity that has largely replaced traditional corn subsistence farming as the main generator of income. Hundreds of greenhouses dot the landscape and even the beautiful, vivid dresses of the Tzotzil girls are adorned with hand-embroidered flowers that are grown here. Many traditional handicrafts are for sale inside or in front of the inhabitants houses and there purchase will directly support local Indian families.

Both Chamula and Zinacantan  have been studied extensively by anthropologists and ethnographers.