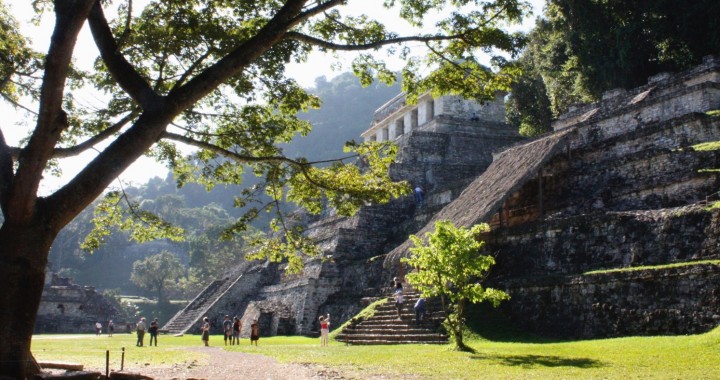 The most visited Mayan site in Chiapas and a World Heritage Site is spectacularly positioned within a lush rainforest, the temples and pyramids seemingly emerging from the forest backdrop. The best time to visit is during the quieter early morning when the ruins and forest are often enveloped in a mysterious mist, penetrated by the first flickering rays of the morning sun. It is at this time that the Howler monkeys that inhabit the forest are most active and their piercing roars echo around the pre-hispanic buildings, creating an unmatched experience. Palenque is a prime example of a Mayan city that flourished during the classical period, reaching its height between AD 500 and AD 700 when its influence extended throughout the basin of the Usumacinta River. The elegance and craftsmanship of the buildings, in addition to the sculpted reliefs with their Mayan mythological themes, attest to the creative genius of this civilization. The total area of the archaeological site is 1780 hectares and 1,400 buildings have been recorded, of which only about 10% have been explored.