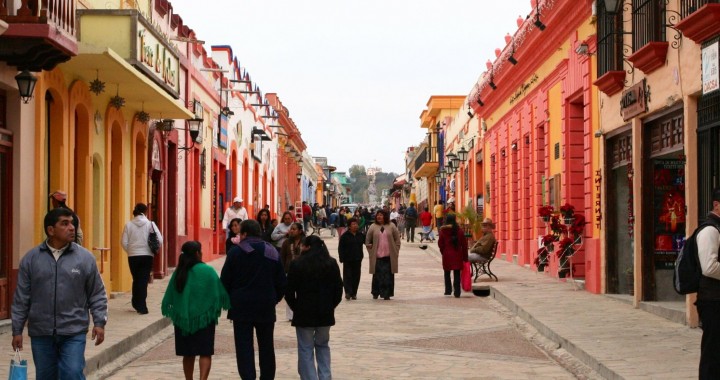 A unique mixture of Spanish and ethnic Indian influence has resulted in a fascinating human mosaic whose racial and cultural mixture is reflected in the culture, architecture, food and character of the local people.

Each “barrio” has its own unique history and characteristics and form unique communities, resembling  urban villages in and around the centre of San Cristobal.  Over time, these very old, traditional neighbourhoods  became distinguished according to the economic activity that was and often still is carried out.

The Barrio de Guadalupe is known for its traditional Mexican toys, such as spinning tops while the Barrio de Mexicanos is known for the manufacture of traditional  San Cristobal furniture. In the San Ramon neighbourhood you can find one of the most important pottery workshops in Chiapas and in the La Merced barrio you can admire artistic candle-making.